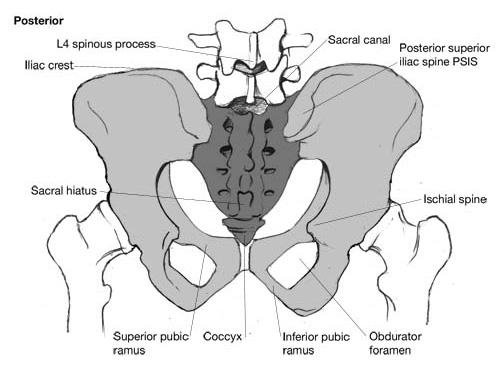 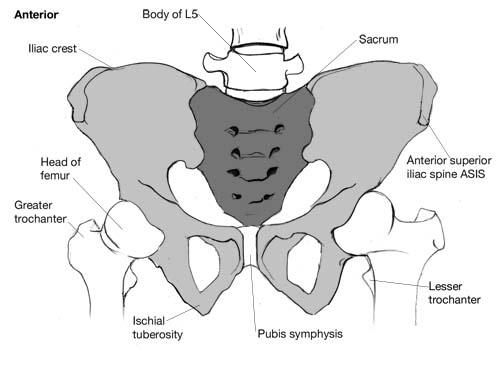 Greater trochanter of the femur

Move inferior from the iliac crests down the most lateral part of the hip. The first hard lump you feel is the greater trochanter of the femur. You can check by rotating the leg.

In supine from the anterior midline of the thighs move superior. The first lump you feel will be the ASIS on each side.

Move inferior from the umbilicus it will be soft and then you will eventually feel the bones of the pubic arch. Often easier to get the client to find it for you.

The sacral spines can usually be felt easily on the midline

The outline of the coccyx can be felt in the cleft of the buttocks.

In prone, easily found by moving superior and medially with the thumbs from the mid part of the fleshy part of the buttocks. Try to feel up and under the PSIS on each side. You are at the level of S2. Another extremely useful landmark.