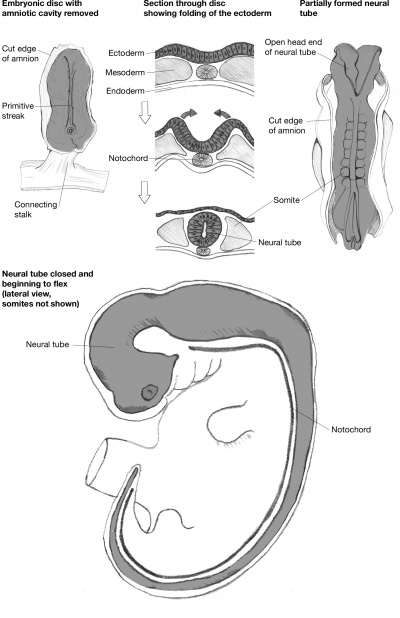 The midline is the organizing central axis of the body. It can be conceived of as being similar to a centre of gravity. It is not a fixed place, rather we talk of midline function. Being in relationship to midline function supports expressions of the breath of life. When treating, balanced easy movement around the midline, structures having a relationship to the midline, a sense of a coherent midline along the length of the body, and surges of movement along the midline are all associated with health. Awareness of the midline is a very powerful diagnostic baseline.

'The notochord remnant passing through the vertebral bodies and body of the sphenoid. Also called the anterior midline.'[1]

There are lots of midlines defined in biodynamics - it can feel too many sometimes, trying to work them all out when you are treating. Any experience of midline function is wonderful, something will happen if you relate to the midline. At the heart of the midline there is stillness.

“I don’t want you to miss the fact that the midline is now functioning in all of us. And without it we would have no form, no function, no structure, and no point of orientation for our consciousness.”[2]

“The midline is not an electromagnetic field. The midline is a dynamic stillness through which and into which there is an ignition, and out of that ignition comes the bioelectric field that is actually around the stillness of the midline.”[3]