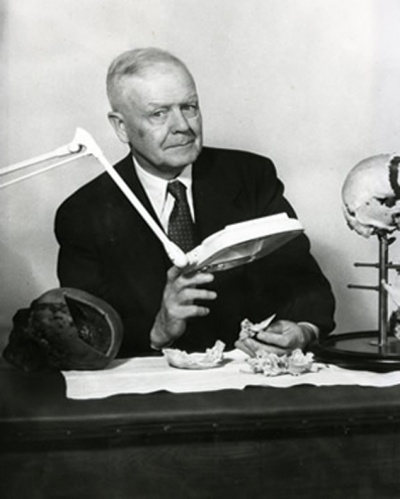 A brief history of Sutherland

'Osteopathy in the cranial field' grew from the pioneering insights of William Garner Sutherland. His identity was very much that of an osteopath and his writings are full of references to his teacher A.T. Still, the founder of osteopathy. He started writing about and teaching ‘osteopathy in the cranial field’ from the late 1920s. He died in 1954 at the age of 81. Sutherland’s early descriptions of the ‘primary respiratory mechanism’ defined five phenomena[1]:

Towards the end of his life his writing underwent a shift in emphasis to include not just the mechanics and infinitesimal movements of the structures of the body, but also an increasing reverence for the breath of life. It was during the last few years of his life that he began to describe principles such as being a more passive observer and waiting for something to happen rather than just applying techniques, ‘liquid light’, primary respiration as being outside as well as inside the body and the power of stillness.[2]